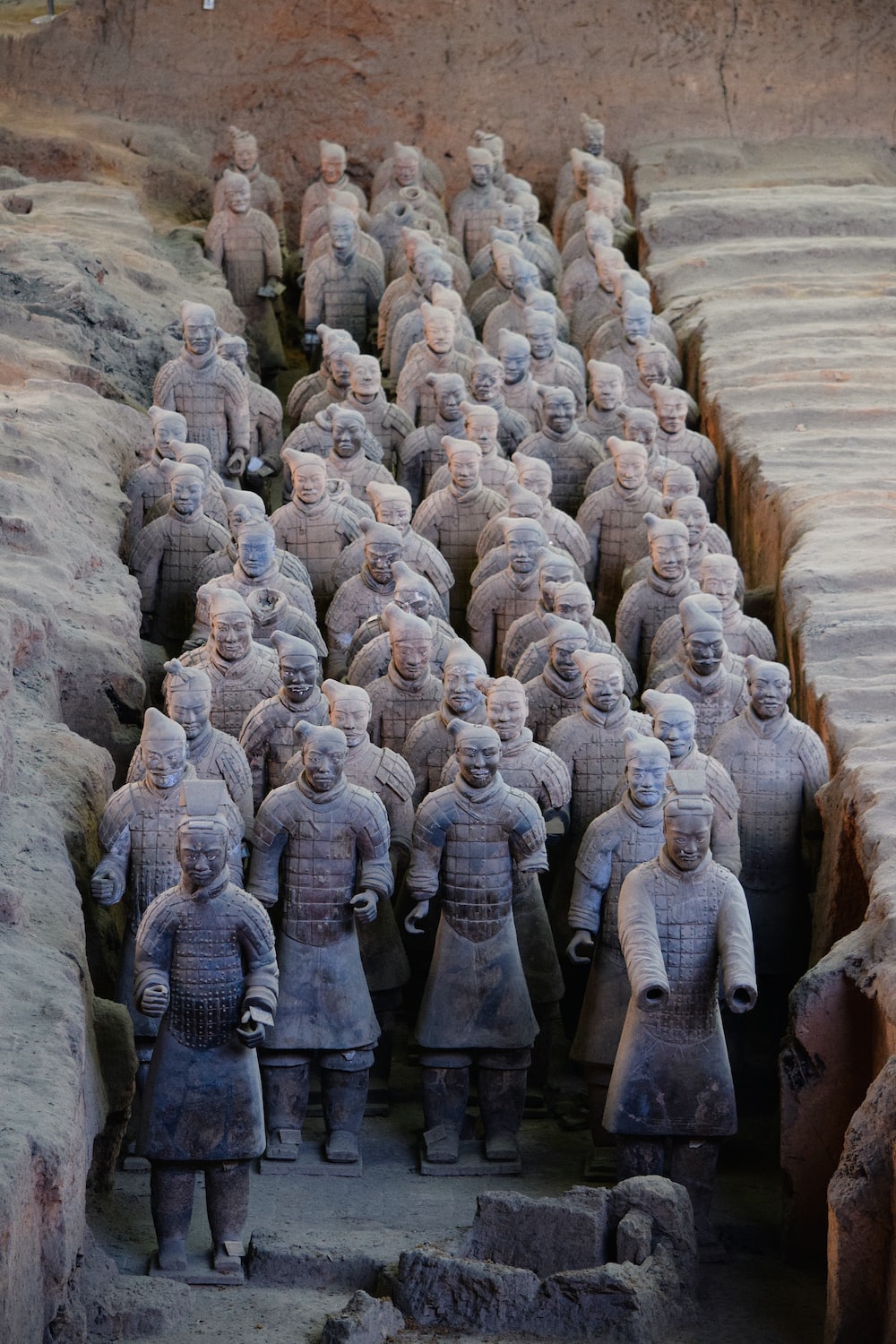 These terracotta figures were made to Emperor Quin Shi Huang in the next world.  They were buried with him and, according to the belief of their culture, they would be there when he needed them.  But we have unearthed them and removed them, as we do with everything we find and want for ourselves, using science, art, greed, or archeology as an excuse to basically take what we want.

We know absolutely NOTHING AT ALL about happens after we die.  So, here’s the thing…what if a person’s spirit/afterlife is effected by taking away the things he believed in when he was alive?  What if the statues, imbued with magic, or belief, actually DID protect the Emperor in the afterlife.  What if, when people decide to did up those who were buried with ritual that was meaningful to all involved, we break a bond that ties the person to life on the other side.  We can’t know that isn’t possible.

Humans never seem think about anyone but themselves.  Instead of being buried where they belong, the bodies and relics of the dead, are in well lit museums, where they are stared at, touched, cleaned, and everything the dead cared about, is erased by the living, as if the living had the right to do so.

What do we respect?  Pretty much nothing…not even the wishes of the dead.  Life seems to be all about US and what we want.

Seems wrong, somehow.   I wonder how archeologists would like to have the people they love dug up, taken them away, and put on display.  Just because people died a long time ago, doesn’t mean their wishes are null and void.

Grave robbers rob because there’s money in it.

The bottom line is that nothing is safe from us, not even in dead.