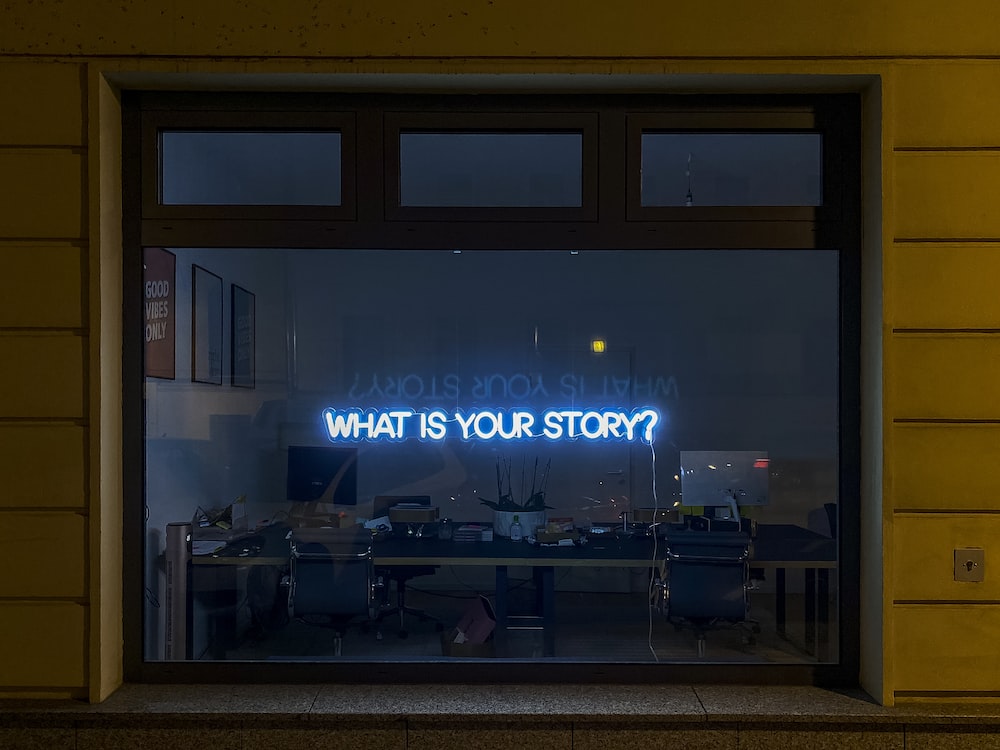 “What kind of place is this?” she asked, dropping her bag on the counter.

“What’s your story?”  We want to know,” he said, smiling at her spiked hair and dark eyes.

“Why do you want to know? And which story?”

“We’re collecting stories so that when we’re extinct, and another race of beings come here, they’ll find the stories and know what we were all about.  And we all only have one story, which is made up of the chapters of our lives.”

She stared at him.  “You’re kidding, right?”

“Why would I be kidding?” he asked, frowning.

“First of all you’re assuming the alien beings will be able to read our languages, or understand our spoken word, but most of all, why do you think anyone would care?”

“Every race will have an archeologist and everyone is curious.”

“You don’t know that and Aliens are already among us,” he said, tapping his pencil on the book in front of him.

“Then alien’s already know all about us.  If they live among us, they don’t need our stories after we’re dead.”

He started grinding his teeth.  “You bring up some good points.”

“What if the beings who come here later aren’t curious?”

“Impossible.  Every being is curious.”

“I would like to introduce you to a few people I know who could disprove that theory.”

“No.  It’s not.  It might be your truth, but it’s not a real truth, it’s just something you think you believe, therefore, you see it as a truth when it’s simply a personal opinion.”

“Why did you come in here,” he asked.

“I’m an archeologist and I was curious.”

A sign we all recognize…and it’s usually imprinted on our hearts.