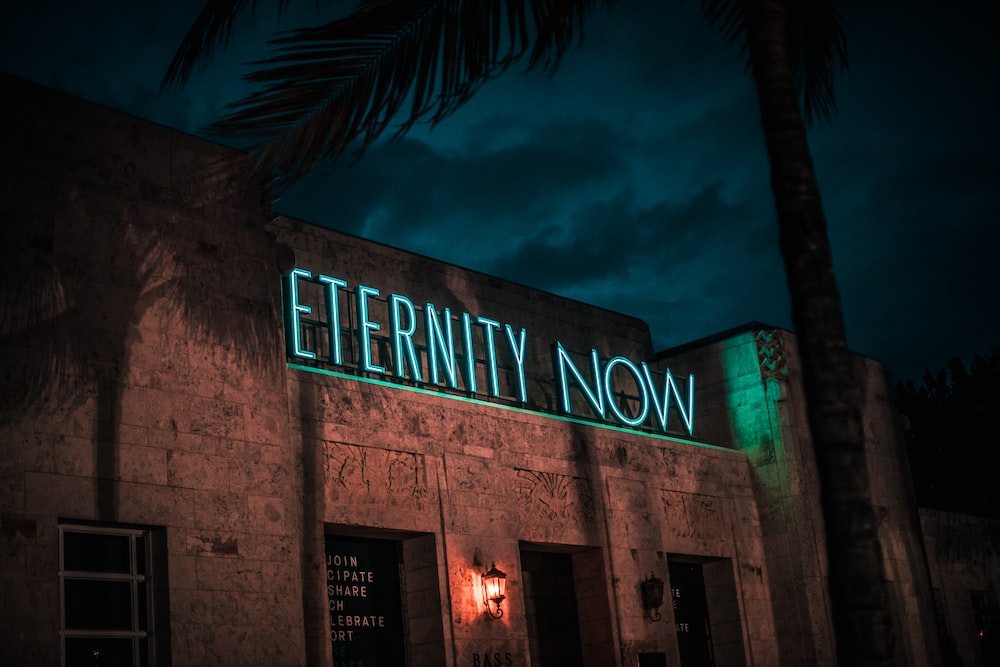 “What do you think that sign means? she asked.

“Maybe when you go in there, they kill you and then you have ETERNITY NOW,” he laughed.

“I seriously doubt that,” she snickered.  “I think it means that every second we’re alive, in this life, is an eternity.”

“That doesn’t make any sense.”

“Sure it does.  There is no time that isn’t NOW, at least that we know of.  If that’s true, then every moment is ETERNITY.”

“We don’t know that either, so it’s all unprovable,” he said.

“When you think about it, everything could be unprovable.  Can you prove yesterday existed?  Can you show yesterday to me?”

“I don’t think I am,” she said.  “You can’t prove that tomorrow will ever show up either.  We just take those things for granted, but we can’t touch them.  It’s really weird.  Time doesn’t even exist in some places, according to astronomers.  Today and tomorrow are just divisions in the stream of time, that we made up.  Time itself isn’t broken up into days, minutes or anything else. Time just is.”

“Okay,” he said.  “Hopefully he’ll still be with us tomorrow.”

“If tomorrow shows up,”  she said.

“It won’t for some people.”

“That’s true, unless it will, just in a different reality,” she said.  “Let’s name the dog Rita, regardless of gender.  It’s such a cute name.”