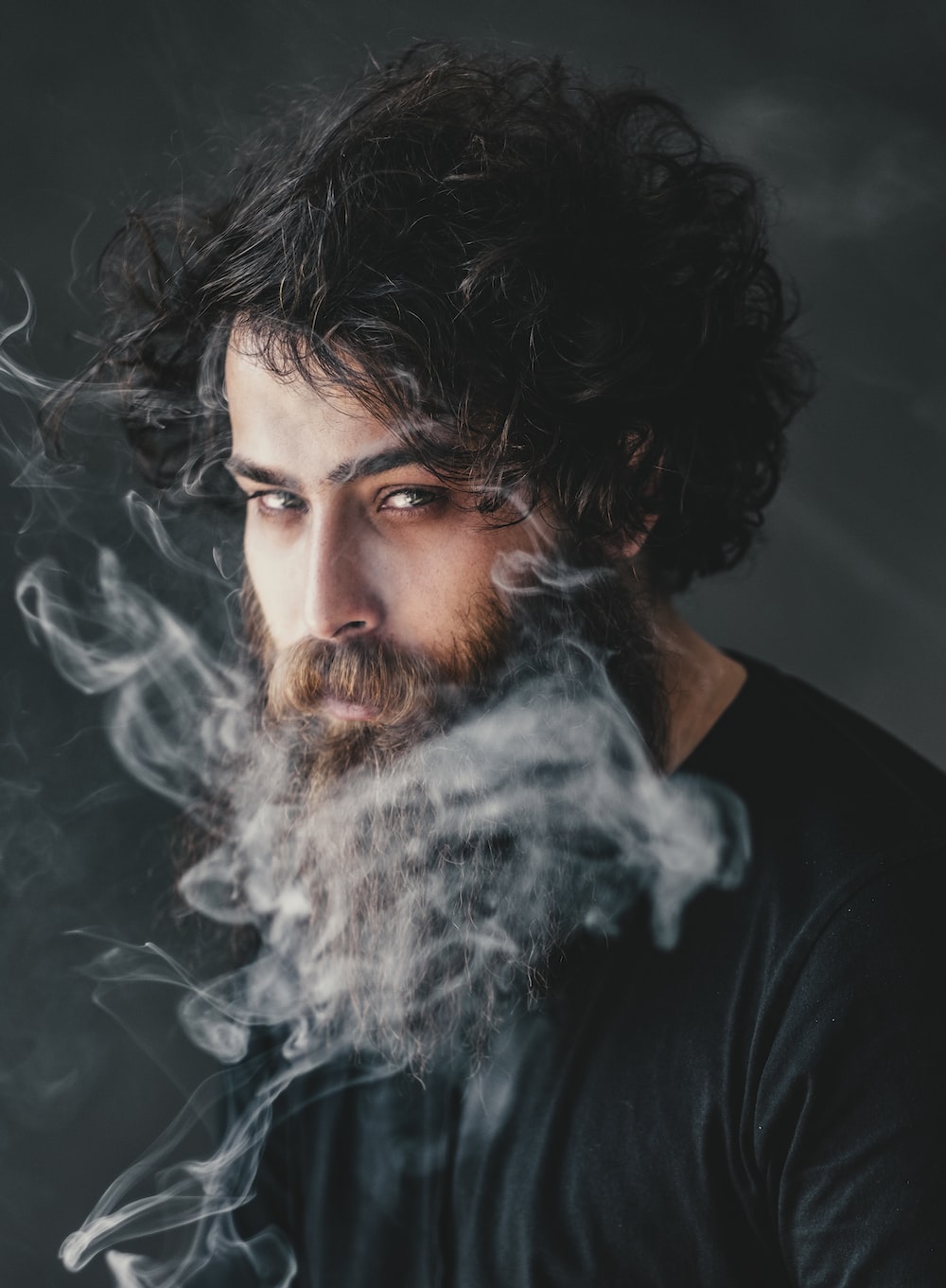 She hadn’t been sleeping well for weeks, and when she did drift off, her dreams were always the same.  A man surrounded by smoke, woke her up every time she saw him.  Eyes open, heart pounding, her tank top sweaty, clinging to her slender body, she would groan and know she was in for yet another sleepless night.

She kicked off the covers, got up, and paced back and forth until she started to calm down.  What was he?  Who was he and why was he stealing her sleep?  “Arrrrrgggggg!”

She made tea and had a peanut butter and jelly sandwich on toast.  It was three in the morning.  She thought about reading, but decided to turn on the television.  Plopping down on the couch, with a bag of potato chips, she ran through what seemed like a thousand channels, only to find that once again, nothing was on.  She got up and paced some more.

She despised puzzles and hated that saying about the destination not being as important as the journey.  She’d like to punch the person who said that stupid thing.  The destination is all that matters.  Answers are the only thing worthwhile.  Why invent the wheel over and over again.  Just get on with it.  She put a record on, then turned it off.  She wondered if she was coming down with something.  She felt her forehead but it didn’t seem as if she had a fever.

“Who the BLOODY HELL are you and why are you in my dreams?” she said loudly, stamping her foot.  “I’m really tired, and you’re driving me crazy.”

“Okay,” she said. “Just calm down.  Have another cup of tea and chill the hell out.”

She sat down and opened her book.  She sipped her tea and began to relax, feeling the tension start to leave her shoulders.  She took a deep breath and closed her eyes.  And then…there was a loud crash in the living room.

“Now what?” she said, to no one in particular.

A small shelf holding a few books, her mothers sterling silver tea pot, a couple of plants, and a statue of the Minoan Snake Goddess, had come away from the wall and fallen down.

“Perfect,” she sighed, and began cleaning up.  She replanted the plants, cleaned their leaves and watered them, then she dusted off the books.  She made sure the statue was in one piece, and brought the tea pot into the kitchen where she kept the silver polish.  Her mother had love the tea pot.  She had no idea where it came from, but she inherited it and now it meant something to her.  Every time she saw it, she remembered her mother laughing over some silly story, and filling her cup.

She checked the tea pot for dents, but didn’t see any, so she grabbed a clean rag and began to polish the pot.  She concentrated on the etchings and as she did, the pot seemed to become warmer.  She chalked it up to the ungodly hour and being massively sleep deprived, when the tea pot suddenly became too hot to hold.

She put it down and stared at the thick mist rising from the spout, followed quickly by the man in her dreams.  He bowed politely and said…”Your wishes?”

“Sorry.  I’ll need more than that,” he said, smirking at her.

“Very perceptive,” he chuckled.  “What gave it away?”

“Two for two,” he said, bowing ever so slightly.

He just smiled and his shirt disappeared.  “Better?”

“A sarcastic and conceited Genie.”

“Hey, I’m just picking the thoughts out of your head.  Besides, all the Fairy Folk are gorgeous.”

“You think you’re gorgeous?” she asked, looking him over.

“Whatever,” she said, drinking her tea.  “Did you know my mother?”

“It appears so,” he said.  “I’m something of a family Genie”

“Oh, do get over yourself,” she snapped.  “You’ve been keeping me awake for far too long.”

“It’s not my fault you didn’t rub the tea pot. Do you have any idea how boring it is to be shut up inside that pot?  No!  Of course you don’t.  I had to get your attention some way.”

“So you made the shelf fall?”

“So I get three wishes?”

“I thought that’s all anyone ever got.”

“Darling, I’m a FAMILY genie.  We will have a working relationship, until I’m passed to your daughter, if and when you have one.  Try not to fall in love with me though, or you’ll never find a mate. Once you’ve come over to the Genie side, as they say…”

“You don’t seem impressed,” he sulked.

“A problem easily solved.  Come along, we can take a nice nap.”

“Okay, she said, taking his hand.  Will you stay out of my dreams?”

“Out of your dreams?  Sure,” he said, looking her up and down.

“Oh, I think we’re going to have so much fun together,” he said, grinning widely.

“Maybe, tomorrow,” she said, crawling into bed.  “If you wake me up, I’ll never let you out of the tea pot again.”

“Oh, sweetie, is much too late for that nonsense,” he whispered, as he crawled in beside her.

This entry was posted in Short Stories and tagged A Short story, Life is full of surprises. Bookmark the permalink.

11 Responses to Life is full of surprises…a short story