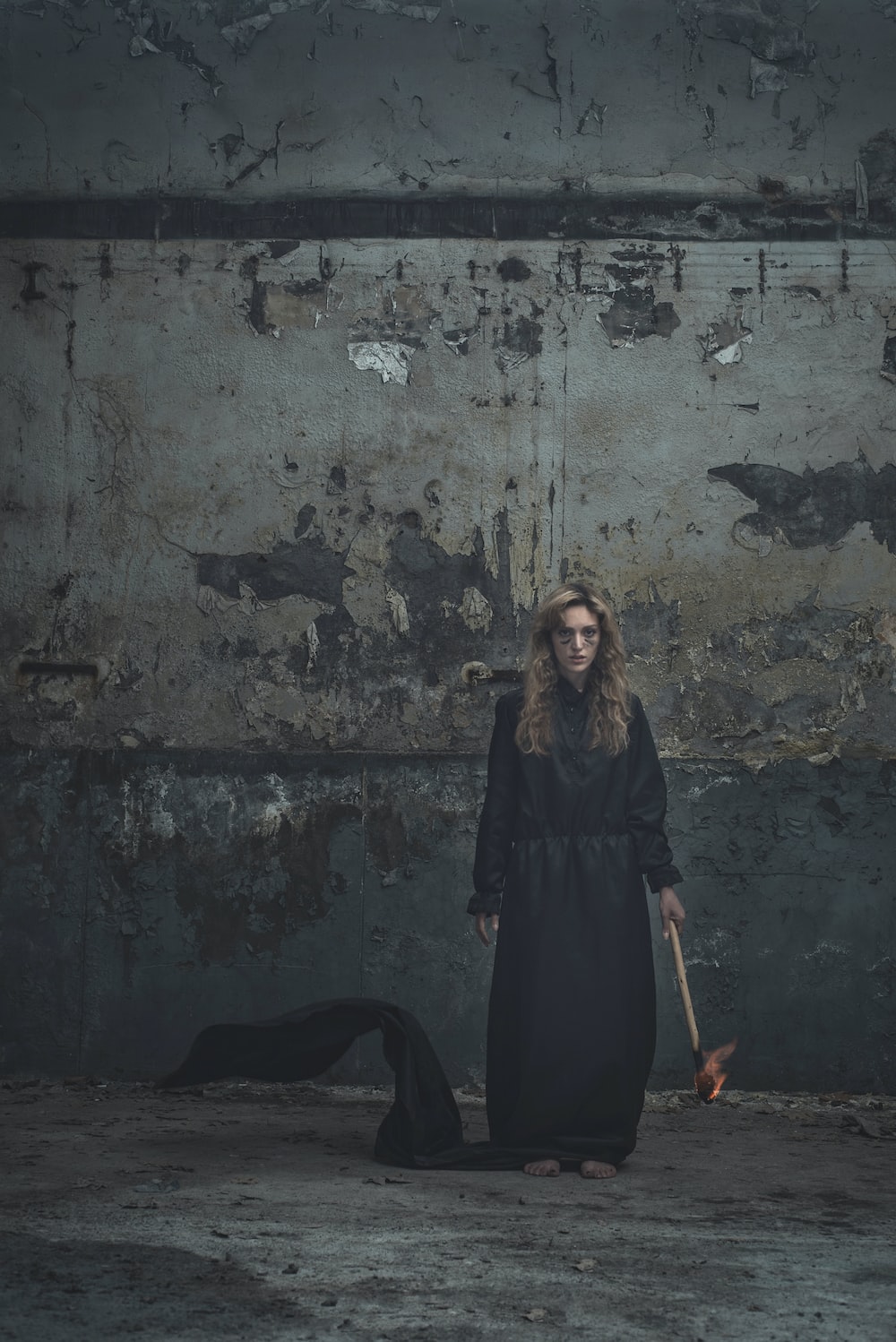 “You can’t get away,” she laughed, the flame of her torch crackling.

He turned to run but his feet wouldn’t move.  He stared at her in horror.

“Why are you doing this?” he asked, fear seeping into his voice, as he struggled to move.

“How many women do you think have said those words?  How many have tried to RUN?Don’t you ever wonder about that?  Next you’ll be saying please stop, please don’t hurt me.  Have you read The Handmaids Tale?”

“Too bad,” she sighed.  “Then you won’t understand when I tell you that I’m part of their opposite.  We are proactive.  This entire building is surrounded by women just like me.  But the Handmaids wore red, for blood.  We wear black for the death of patriarchy and men in general.  You probably should have read the book.”

“Wow, you’re even dumber than you look.”

“He really is,” said another woman, walking into the light.  “But everything is ready. Let’s get on with it, we have a lot more to do tonight.”

“WAIT,” he shouted, holding up his hands. Then everything went black.

“He woke laying on a mattress on the floor.   An IV was taped in his hand.  He had a massive headache and his knee was killing him. His whole body felt sore. When he looked down, he choked, as he saw his breasts for the very first time.  His heart skipped a beat, or ten.  He quickly ran his hands over his entire body and realized that he was no longer male.

Clothes were piled neatly at his feet.  Lacy things, a skirt and a small looking sweater.  The shoes had spiked heels he knew he wouldn’t be able to walk in.  His heart was beating again, but it was pounding so hard he could barely breath.  He felt dizzy, as panic threatened to overtake him.

The typed note attached to the sweater read:

“Welcome to the Sisterhood.  Walk a mile in our shoes and see how you like it from this side.  Death to patriarchy, even if it’s one at a time.”