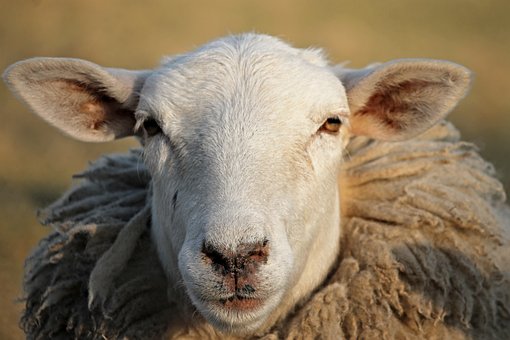 “Is it true that when you were a lamb, you knew a girl named Mary?”

“Did you follow her to school each day?” asked the interviewer.

“She was terrible with directions.  If I hadn’t been there, she would have gotten lost and then I would have had to go and find her.  It wasn’t worth it, so I just walked her to school.  That way I had the rest of the day to graze and hang out with my friends.”

“But wasn’t it against the rules for a lamb to be at the school?”

“Who makes up the rules?” asked the sheep.

“I’m not sure.  The School Board, I would imagine.”

“Sheep don’t recognize the School Board.”

“Sheep have their own rules.”

“It’s been said that you made the children laugh and cry,” said the interviewer, tapping his pen on the tablet he was holding.

“Seeing a sheep isn’t a big deal around here.  We’re everywhere.  The children, were probably laughing and crying at Mary.  She dances a lot.”

“Yes. It’s where you move your feet and arms to a beat.  Dancing.  You do know what dancing is, don’t you?”

“She was a free spirit.”

“So you weren’t responsible for making the children laugh and cry.”

“I don’t see how.  I just dropped her off and went back to the meadow.”

“I’ve noticed that your fleece isn’t as white as snow.”

“Depends on the light.”

“Where is Mary now?”

“She just graduated from college.”

“You seem to be a nice sheep,” said the interviewer, putting away his pen.

“How many sheep do you know?”

“Uh,” he said, thoughtfully. “You’re the only one, actually.”

“Then you have nothing to compare me to.”

“Do you eat lamb chops?”

“Is your jacket made of wool?” asked another sheep, who was suddenly blocking his path.

The interviewer tried to get around the sheep, who was standing in his way, but more and more sheep were suddenly surrounding him.

In the end, no one heard him screaming.  That’s how it is in the country.  Lots of open spaces and places to dump a body.

After their work was finished, the flock went on their merry way and spent the day chatting and sunning themselves.  They were free roaming sheep, after all.  As for humans, Mary was the only one who knew where they roamed.

This entry was posted in Interview and tagged Baaaaa, The interview. Bookmark the permalink.

26 Responses to The Interview…