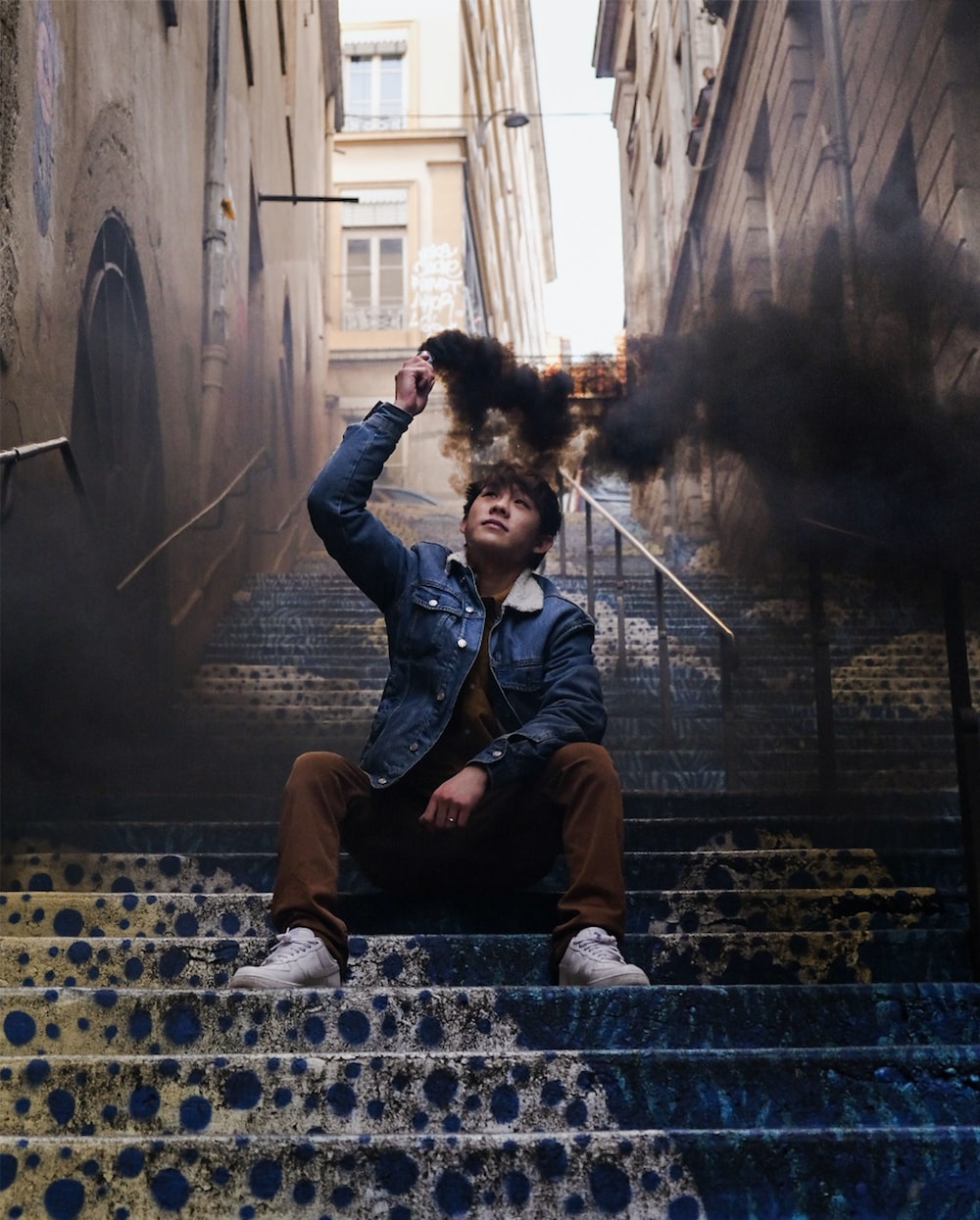 “Can you teach me to do that?” she asked, walking up to him.

She did what he said, but nothing happened.  She tried sitting next to him, standing farther away and turning backward, but nothing she did, made the smoke appear.

“It’s not working,” she sighed, leaning against the wall.  “Maybe I’m doing it wrong.”

“Did you turn on your magic?”

“Well, you have to turn on the switch, or you’ll never be able to do anything.”

“I think most people have one,” he snickered.

“Tell me where it is, please.”

“It’s here,” he said, tapping on the side of his head.

“Are you just going to give up?”

“But belief is the switch.”

She laughed.  “No.  It’s not.  That’s just something people tell you.  They say that if you believe it you can do it.  It’s not true.  I’ve believed a million things and I can’t do any of them and it’s not because I believed the wrong way, or didn’t believe enough, either.”

“Doesn’t everyone?” she laughed, suddenly feeling embarrassed.  “Is that silly?”

“Then you can still do it,” he said.  “When people get older, they forget about magic and all the things they believed in as children.  You probably still look for the little folk too, right?”

She nodded and felt her face turn pink.

“I leave food and treasures for them in the park.”

“Then they know you’re a friend.”

He handed her a silver cylinder.  “Hold this above your head and touch this switch.”

She did and smoke came out of the small canister.  It looked just like his smoke.

“Before you say anything,” he said, holding up his hand.  “This is still magic.  Magic is knowing how to do things and get the results you are looking for.  It doesn’t matter if the smoke comes from you, or from the canister, it’s still smoke.  It’s still beautiful and it’s still coming out of your hand.  The one thing you have to learn, if you want to be happy, is that your imagination is the magic.   As long as you know that, magic will be with you everyday of your life.  Do you believe me?”

“Then open your hand.”

She opened her hand and there was no canister.  She turned to say something, but he was gone.  She was alone on the street, with smoke coming directly out of her hand.

8 Responses to How they met…