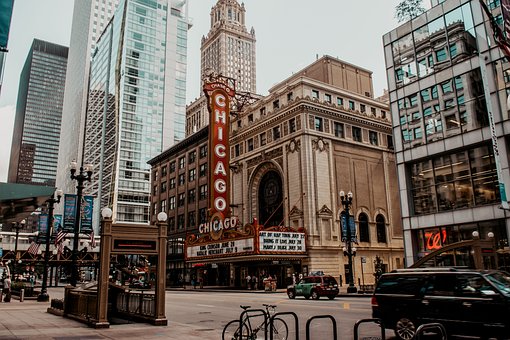 It has been said that Chicagoans have an accent.  People from Chicago can’t hear it, of course, but I don’t doubt that it’s true.  I love New York accents, even though New Yorkers can’t hear their accent either.  It’s that way for everyone.  I met someone from Australia and couldn’t understand a word he was saying, even thought he was speaking English.  But that’s true of a lot of people I hear who come from down south as well.

Here’s the thing.  We seem to be unable to understand that like accents, we are where we come from.  Our beliefs and world views are from Chicago, New York, Australia and from down south.  We don’t CHOOSE to be born in those places and sound the way we do, we are simply born in those place and end up sounding the way we do and believing the things we do.  If people who aren’t from Chicago, were born in Chicago, they would sound like they came from Chicago and be part of what we are, because they would be FROM Chicago.

If I was born and raised in NY then I would be the way New Yorkers are.  Same goes for Australia or anywhere on the entire earth.  We’re only different from each other by chance.  So when the French say that American’s smile too much, it’s only because they aren’t Americans.  If they were Americans they would smile a lot as well.  Why don’t people get that?

Yes, we’re different from each other, but only because of where we come from.  We could be anything, depending on where we are planted.  Get that part?  In the beginning, when we’re born, we COULD BE ANYTHING because basically, WE ARE ALL THE SAME.  It’s only when cultures brainwash and insist that we become the way they want us to become, that we stop being one people.  But, in reality, we START OUT AS ONE PEOPLE.

Religion, Education, The Establishment are corrupt and filled with lies, which they pass on to innocent children, so they can kill each other in wars and hate each other for stupid reasons, like their flags, the color of their skin, the shapes of their bodies, the gods they were FORCED to believe in, or the gender they love.  That’s when we show our cruelty and insanity.

In the beginning, we could become anything.  Adults take that innocent openness and turn it into whatever they want to.  Any of us could have become the very thing we dislike, but for the conditioning we’ve had.  Horrifying as that may be…it’s the truth.  It won’t change anything, but it’s something to think about.  We start out as one and are TAUGHT to be what we become.