Rant, read at your own risk…don’t say I didn’t warn you. 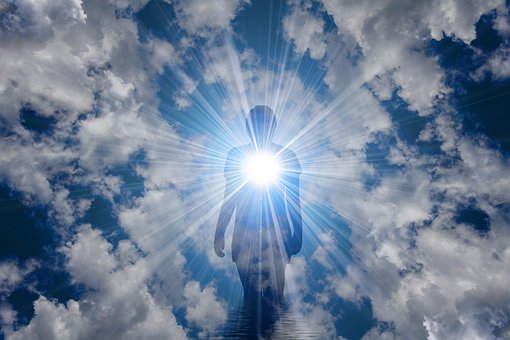 But once again, humans keep all of those things for themselves.  Their egos, don’t put the light into flowers, trees, who live longer than we do, or other animals.  Humans  constantly elevate their own status, pretending that they are better, higher, more worthy, and special, than every other living thing.  It’s just more conceit. More ego. It’s greedy and elitist. It’s blindness, of epic proportion.

I’m happy to be like a lion, bear, or frog.  Those are my kind of “people.”  I don’t really want to be part of all this holier than thou garbage.  I don’t need, or want, a light.  I don’t believe I have a soul, I think I have a personality, like every other thing that’s here.  Humans are delusional.  If a cat doesn’t have a soul, then neither do I.

I never cared about leaving things behind.  I don’t care who cares about me, or who doesn’t.  None of that matters to me in the least.  I am nothing to write home about,  because I never wanted to be that kind of person.  I don’t care if a single person misses me when I’m gone.  I don’t live so that any of those things are important.  I’m NOT special.  I don’t automatically DESERVE to be better than anything else around me, because of my SPECIES.  I’m ashamed and horrified by my species.

If anything, the light coming out of that guy should be pitch black, tar like, and oozing down the front of him, for all the horrible things humans have done to every living thing on the planet, including each other.  All the made up gods, because people can’t think for themselves and never want to grow up.  All the fear they have, imagining that what they do here will follow them when they die, when there isn’t a single living being who knows what happens after we die.  You can see how well that’s working gout.  And let’s not forget that EVERYTHING IS FOR SALE, including salvation, whatever that is.  You can BUY absolutely ANYTHING.

I am no better than Emily, my stray cat.  If anything, she outshines me by a mile.  I am not an amazing spirit that will burst forth into light when I die  Nope.  Not me.  Not what I want.  Not my path.  I’m no better than a sparrow, and I have no right to harm one for any reason.  If anything it’s my job to make sure the sparrow has what she needs like a nesting site, as we destroy one habitat after another in our greedy effort to kill everything.

The problems we have today are because people really do believe they are better than everything else that’s here.  They feel the have the right to experiment on living beings, cage them, EAT THEM and kill anything they want, including the planet itself.  They shoot birds out of the sky, kill fish where they live, knock animals out of trees, dig them out of their homes.  Plant electrodes in their brains.  And yet, after all of that, they still think they’re special and have a spark.  Well, if they ave a spark, it’s an evil one.

I don’t want to part of our species, or the lies they tell themselves.   No lights, no soul, no ego, no nothing, for me, that would ever make me one of them.  I’m just like everything else that’s here, all the other living things and that’s all I want to be.  I don’t want to be BETTER than the rest of nature, I want to be part of it and help it when I can.

I’ll never follow any egomaniac male, in a long dress with a beanie.  Not for a second.  Won’t wear or eat other beautiful animals.  Just not my thing.  If you love animals, then you don’t wear, slaughter, or eat them.  When you only love some animals, it’s kind of like what Hitler did.  He only loved some people and well, you know what he did to the ones he didn’t think deserved to live, right?  Humans do that to animals.  The ones humans don’t think deserved to live are baked, fried, cut up and eaten.  We feed them to children.  Lambs, cows, ducks, chickens, even horses and dogs, in some places.  Innocent animals.  That’s what humans are…they’re judge, jury and DEATH..  If anyone does not deserve to have a light in them it’s human beings.  Oh, and they do that with people who the elites believe to be less, as well, but you already know that.  Humans do it with everything because they feel the have the right to kill whatever they don’t feel deserves to live.

Having said that.  I do have an attitude, and I know how to use it.  I know how to use it to fight those who think they’re better than my cat.  Those who beat on women and children.  Those who rape and lie (please include priests, government…all of them).  You know, all those people who go to church and believe that have souls and lights inside them, those guys.  The haters, woman hating, gay bashing, racist, hateful people who think they’re special.  The people who make life a living hell for everyone else.  Yeah, those guys.

Light, shmight.  Don’t care, don’t want one. Don’t believe any of that is real. What I do want, is to free the animals and planet from slavery and from our hateful and cruel ways.  That’s what I want.  I want to save them FROM US!

Not special.  No light.  Not better than anyone, or anything, else.  Pass it on.