What’s with this stuff? Religious people might want to skip this…seriously, just move on. 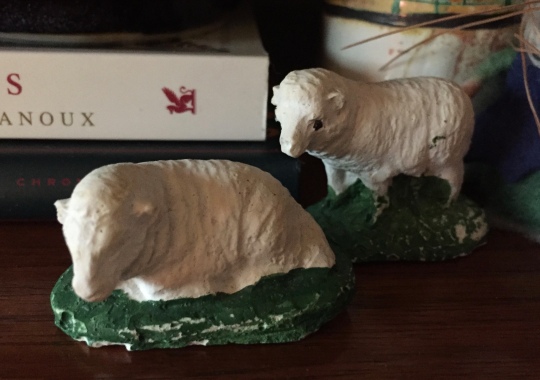 Okay, so ANGELES WE HAVE HEARD ON HIGH?  Are the people hearing them high, or are the angels high?  I don’t get that part.  I don’t get a lot of things people say, or sing, during the holidays.  I don’t think anyone even knows what they’re saying, they just say things automatically, like all the stuff in hymnals and religious rites.  No one knows what it means but no one really cares either.  Just like in school, when you have to memorize things that are meaningless.

Someone will tell you it means angels are singing high up in the sky, or somewhere in the universe, but that’s insane, since there’s no sound in space, so they’d have to be close and some of the angles are nasty, so who wants to hear them anyway.  Maybe I don’t hear angels singing because I don’t believe in them.  I’m not sure.

People seem to need protection, while they’re here, and that protection is always invisible, unless you know some cool biker guys, like the ones who rescue kittens and stop bullies from hurting little kids.  Now those are things I believe in.  Not the invisible, pretend things who never do anything at all.  Why do people believe in invisible things in the first place?  Fear, I guess.  I’d be more afraid of hearing angels sing on high, than anything else, actually.

Now, if someone said cats were angles or other animals, I could believe that, but the definition would have to be laid out in front of me.

And what about SILENT NIGHT HOLY NIGHT.  Holy?  Really?  You have to believe in more strange and crazy things to go along with that stuff.  And why don’t people realize that not everyone believes in HOLY, since some men made that stuff up as well.  What IS holy and who defined it?  Some people believe in holy, heaven, and hell, but no one knows where those things are.  No maps appear in the Atlas.  Although some will swear they have visited, or are currently living in those places.  I guess everyone can be right, or everyone can be wrong, depends on your attitude.

I believe in Unicorns, although as a concept.  I don’t ask them for anything, or believe I’ll see them soon.  I don’t expect them to rescue me.  Nothing in the world is actually defined so that everyone can agree or understand the definition.  Most people think other people are crazy never realizing that if they had been born into a different family they would not be who they are now, and they would believe entirely different things BECAUSE NOTHING IS REAL AND WE MAKE IT ALL UP.  LOL  I try to remember that when I think about what religious people believe, the costumes they wear, the smoke they blow up the aisles and all the gold on their alters.  They believe a lot of things that astound me, like drinking a person blood and eating their body, even if it is a wafer.  How does that make any sense?  Wine and a cracker=magical transformation, which they don’t believe in.  Would you do that if someone you loved died?  Would you want anyone to do it to you after you were dead?  Who thinks of things like that?  Cannibals that’s who.

Everything is MALE, patriarchal and mean.  Poor Mary, shoved into an alcove on the side of the church when, in fact, none of their beliefs could have happened WITHOUT HER.  But, being female and, therefore, despised, she’s meaningless, and was just used for their evil plans.  Must have pissed all of them off that they couldn’t have birthed their own god and left women out of it entirely.  But I think even they knew they couldn’t get people to believe that, although, they did a good job with the virgin birth.  Too bad DNA testing wasn’t around.  How would Joseph and all the men have gotten out of that one?

Other religions are even crazier than the one’s we have here.  And every single one believes in invisible, made up things, and they are all run by men.  That should alert EVERYONE that something is wrong.

None of that took on me.  Even as a child, I used to watch people and think they were crazy. Putting handkerchiefs on their heads and kneeling and making gang signals with their hands.  No matter what kind of church I was in, I couldn’t believe that grown ups were doing the things they did.  I still don’t.

Christmas for me, is all about lights, presents, cookies and snowpeople.  It’s fun. No births, or magi.  Definitely not a camel in sight.  I do have a couple of sheep from a dime store (see above photo) manger my grandmother used to have.  I like sheep.  I think I have a camel too.  They’re made of chalk.  I threw the people away.  Magi?  Glorified rich guys AGAIN.  Trying to cash in on the bottom floor of their new man-made religion.  I think the shepherd just wanted the stable back for his sheep.  But I threw him away anyway.

See, MEN think EVERY LIVING THING SHOULD WORSHIP THEM, even other animals, you know, the ones they slaughter and eat, or use to carry heavy loads and work for them until they die.   Cuz that’s what male religions are all about.  Slavery to men.  Yeah, no.  I don’t think so.  Never in a million years.  But other people don’t feel the way I do.  I’m against slavery in all its forms.  I’m against brainwashing and conditioning.  The use of animals, who have no choices and the denigration of women.  Yeah, I hate all that stuff, so Frosty and Rudolph, hot chocolate and things like that are Christmas to me.

I’d steal all the animals and let them run free, or give them a good home with lots of food, pets and hugs.  I’d tell Joe to own up to being a father and stop acting all innocent.  I’d tell the wisemen to walk and give the camels a break.  I’d tell them about proper gifts, I don’t care what century it was and what their gifts meant at the time. She needed DIAPERS AND BIBS.

I saw a a picture of Santa, the other day.  He was on bended knee, with his red hat in his hand, looking at the baby in the manger.  Insane.  Absolutely silly and gross beyond belief. Poor Santa can’t even have a day to himself.  Pretty soon the reindeer will be bowing and scraping.

So, if you hear angels singing on high…you might want to keep it to yourself or, at the very least, be sure you can pass a drug test.

Dogs can sing too, you know, so here is: SANTA CLAUSE IS COMING TO TOWN, the canine version.

Comments on: "What’s with this stuff? Religious people might want to skip this…seriously, just move on." (21)