The Last Person on Earth… 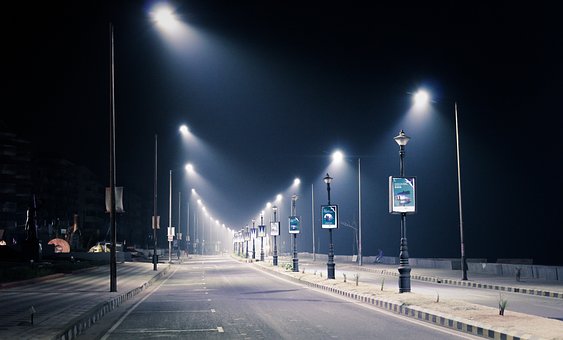 We are all used to seeing others, and we are all used to being seen.  We pass people in the street and see them, everywhere we go.  A glance, perhaps a smile, maybe nothing at all, but we see and we are seen.  I don’t know if we truly understand how important that is.  It has nothing to do with being lonely, or egomaniacal.  It’s simply about being among others like ourselves, even if it’s only for a moment or two.

But what if absolutely no one is alive but you.  Everything you’ve every wanted…you can have, right now, for free.  Everything, well, maybe not everything, but everything in material goods.  You can walk into a show room and drive away in the car of your choice.  There will be lots of gas, since you’ll be the only one filling up.  Food would eventually become a problem but not for awhile.  You can have all the books, furniture, money, EVERYTHING, you want just by taking it.  Of course, money would be useless.

At this point you would have to ask yourself…what is the value of anything, if you can have anything you want, but there’s no one to enjoy it with?  Where does meaning COME FROM?  If everything is there for the taking, what is it’s value?

It wouldn’t be long before things lost their meaning.  You could drive a Bugatti La Voiture Noire, but where would you go?  Would you do what Will Smith did and just spend your life looking for another living person.  The answer would to that question would most likely, be yes.

We give each other meaning.  Our lives depend on being around each other.  Even those people who are hermits, or recluses, know that other people are alive and out there.  They still have contact and receive goods, food, and other things that keep them alive.  They still interact with others, even if it doesn’t happen very often.

Being alone, strips the meaning from life.  We need each other to hold the illusion of life together.  We can’t dream it into being by ourselves.  Even now we depend on animals to keep our lives real.  People who are loners, often have dogs and cats.

If you were the last person on earth, absolutely EVERY SINGLE THING would belong to you.  And every single thing would be meaningless and not worthless.

People need other people, in order for things to matter.  Aside from that, we need others to do things for us, to keep us healthy.  We are dependent upon each other in more ways than we think.

I don’t doubt that there might be a person who could live out his/her life alone.  It’s possible, that the only motivation for getting up, would be simply not to die.  Without each other, the reasons for actually doing anything, other than trying to survive,  would disappear.

Things only have meaning when we give them meaning.  If everyone disappeared, they would take the meanings with them.

People often say they have “cabin fever,” during the long hard winters.  They say they need to get out.  What they’re really saying is that they need to be around other people.  They can go out in their yards, if they have one, take a walk by themselves, but they don’t.  They go where people are, then they feel better and can go home again, at least until they need their next human fix.

Without each other, the dream dies.

This entry was posted in Life, Uncategorized and tagged Life, The Last Person on Earth. Bookmark the permalink.

34 Responses to The Last Person on Earth…