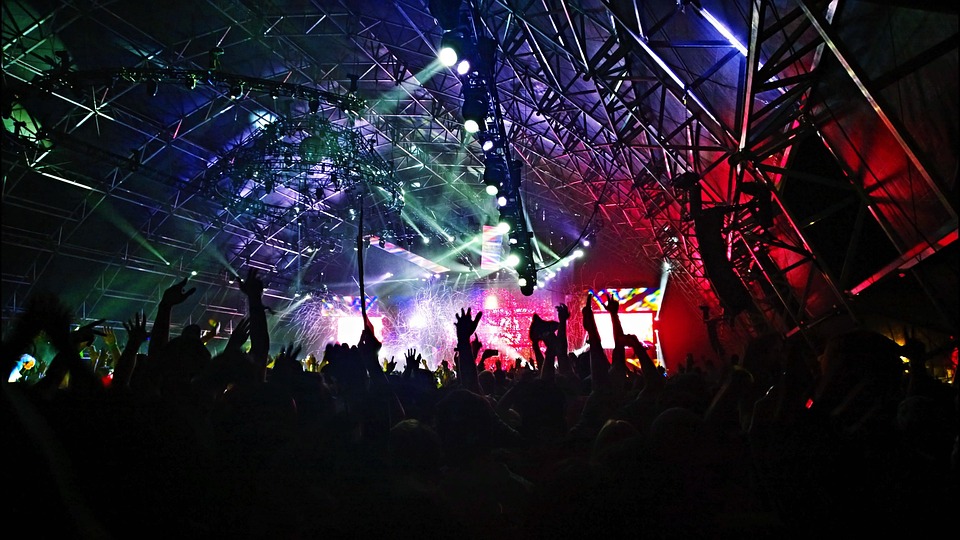 She walked up to the microphone, looked at the screaming crowd, turned to the band, and in a very loud voice, said, “One, two, three, four!”

The band started to play and she started to sing.  The audience was hypnotized, she held them in the palm of her hand.  Her voice had no limits.  It soared, it whispered, it made love to the crowd, and it dared them to rebuild the world in their own image.  After an hour, she held up her hand.  The band stopped playing.

So, she did.  She sang with the Frontman as well.

When the show was over the band members looked for her, but she had disappeared.  No one had ever seen her before, had no idea who she was, or where she came from, but she had just made them stars.  She had known every song, every word, every pause, and she even surprised them, taking them to places they’d never been before.

The guy at the stage door said that he’d watched her go.  She told him that she had been passing by and heard the music.  Said that she was a Muse, on her way to help a writer, but when she heard the music, she knew she could make the band the best they could be, so she just came in and did her job. The guy said that she didn’t seem real, he could practically see right through her.  She had a beautiful smile he said, as he showed the drummer a piece of paper he pulled out of his pocket.  “I wrote a poem about her,” he mumbled, sheepishly.  “She said that I would write a poem and that you would turn it into a hit song and then…she was gone and the street lights got so bright I couldn’t see where she went.

The song was a smash hit and remained Number One on the charts for six months.  The guy at the Stage Door became extremely wealthy and went on to write several more Gold Record songs.  The band had one Number One hit after another and dedicated all of them to their beloved Muse.

They never saw her again, but once you’ve been touched by a Muse, you never forget how to rock and roll.