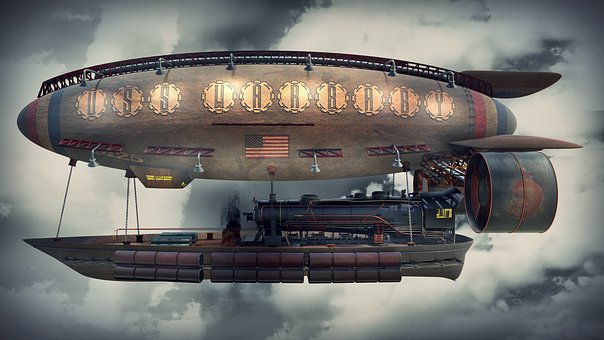 Sometimes it’s hard to know exactly how long we’ve been gone. Going through wormholes can screw up our equipment, even if it’s protected with runes.  It seems as if we’ve been in the air for months, but I know it has only been a matter of days.  The wormholes just appeared in the aftermath.  We can get anywhere by just jumping through one.  That has changed a lot of things.  But then a lot of things have been changing.

We are the AMERIKA , 609 Freighter, with a crew of twenty.  After the third and fourth world wars, it was everyone for themselves.  In spite of that, people still needed to ship materials, salvage, goods, you name it, so we started ad shipping company called,  SHIPIT.  We go everywhere, from international, to some of the newly made nearby planets.

There are only three men in our crew, one works for our engineer, one for our chef, and one, well, he’s just a good time and all around nice guy.  We have everything, including a first-rate medical facility, since we often get into scrapes with those who would like to steal our merchandise, and even our ship.  We rarely need medical attention but it’s there if we do.

We are currently delivering a train engine to a city in Kalifornya.  It’s a high price item and we have had to discourage quite a few Skirms from thinking it could be theirs.

The cities are jungles now.  Nu York, Caugo, all but gone.  Blown to bits and so radioactive, they’ll never be habitable again.   People are sick and dying.  Poisoned.  No place is safe, but some places are better than others.  The reality of it is that we have destroyed the planet and in doing so, we have destroyed ourselves.

People are lined up to go off-world but the tiny planets that appeared, after the wars, are small and while they have some liquid water, it’s not enough to sustain a population.  I know all of that sounds dark, but we love what we do and we’re as happy as we can be, under the circumstances.

You should know that the men who started the wars did not walk away free.  They did not escape.  They were executed, each and every one.  But we waited too long.  We should have acted sooner. That was our mistake.  A mistake so large that life can no longer continue.  And after all of that, people are still fighting among themselves.  That’s why I love my job.  It takes me away from all of that.   I don’t think anyone has learned from what happened.  People seem incapable of learning.  Not that it matters now.  Nothing really matters now.

This entry was posted in Short Stories and tagged A Short story, Freight. Bookmark the permalink.