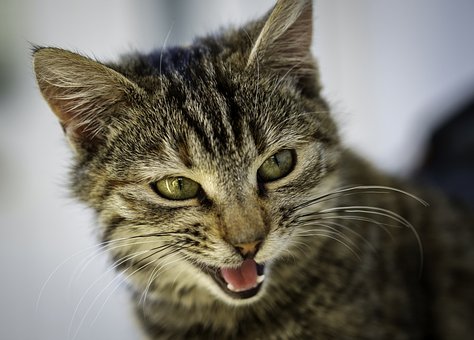 The cat actually has absolutely nothing to do with the subject matter. I just love cats and thought this one was cute.

Don’t you think it’s weird when someone tells you that the word they are using comes from a Latin, or Greek word, meaning the same thing?  I think it is.  My question, of course, is where did the Latin or Greek word come from?  Cave people stared the whole thing so maybe all language began with meaningful grunts, then progressed to one or two grunts together, until they got to words.

People made up Latin and Greek.  The poor cave people didn’t have anywhere to go to get their words.  They literally had to start from, scratch, so to speak.  Well, they couldn’t speak, not in the beginning, anyway.  Physically impossible.  There is a debate about all of that, since some believe more than one kind of cave person was living at the same time and one group could actually communicate better than the other, so they won.  Either way, no one probably sounded like us.   I don’t know what they called a tree, but I imagine a lot of pointing was done when they began.  I could be wrong.

So, who started writing Latin, or anything else?  What are Latin’s roots?  I doubt the Latin Quarter in Paris had anything to do with it (snicker, snicker).  I just want to know when the first Roman stood up and started speaking in sentences.  What did people say BEFORE someone decided to make Latin up?   That’s a real question.  What came before all the languages and how did they turn out the way they did?

Who made up languages?  Some guy sitting on a fallen log, writing in the sand with a stick, naming things?  It just seems weird to me.  Language wasn’t and then it was.  Our past is something entirely different than what we believe it to be, since there are no eye witnesses.  People digging around thousands of years later are telling us what they think, but realistically, they only know a few things and extrapolate from there.  In other words, more guess work.

So, we have a lot of words in different languages, that mean the same thing.  But if you don’t speak the other person’s language, everyone becomes a cave person, pointing, watching body language, facial expressions, or looking things up on their phones (cave people couldn’t do that, in case you’re wondering).

We seem to take a lot for granted.  Everything, in fact.  The farther we get from nature, the more we get lost in other ways of living.  Not may people seem to care about how cave people communicated or how language began, or how some people used hieroglyphs,  while others made up something else, and all the rest.  Latin is considered a Dead Language.  Too difficult, complicated, not enough speakers left, or all of the above.  Whatever the cave people said, or grunted was not written down.  They were artists and just drew on the walls of their caves in glorious works that show all of us that creativity and beauty are something we’re born with…something that naturally lives inside of us.  Think about how our culture tries to kill that and make us all the same.  Cave drawings were the graffiti of its day.  No one thought it was defacing property.

Anyway, that’s just what I was thinking about this morning.

This entry was posted in Language and tagged Language. Bookmark the permalink.