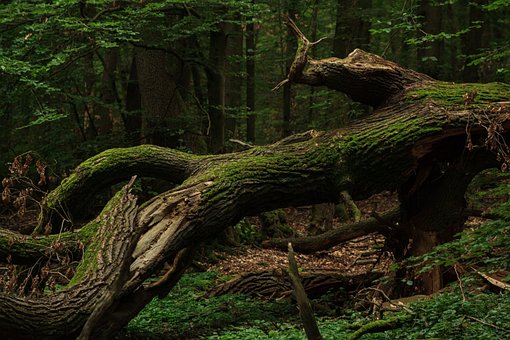 No matter how many books are written, or read, we can never know what took place in the past.  When written by those who lived during a certain time, we simply get their personal point of view.  Those who do research, piece those personal points of view together and try and give us a bigger picture.  But the things they find, have been written by educated people, usually by men, in specific places.  There are few facts and many opinions and lies.

Our view of history is a sham, written by those who had money and were in charge of what was printed.  Fortunately, we have diaries and accounts from people who wrote down what their lives were like.  If we didn’t, we would think there were no women in the past and that children simply appeared of their own accord.  Until recently, no one mentioned what they went through, crossing the land in wagons, pregnant, caring for the sick, wounded, children and doing EVERYTHING else.  We never get more than a bird’s eye view of what the men in charge want us to know.  Lies, omissions and more lies and omissions.

The truth is, even if you’re right there, when something happens, you’ll get as many stories as there are people.  And, those who weren’t there will be writing about what happened as well, even though they have no first hand knowledge of the event/s.

So, history is a kind of joke.  We can’t ever know what happened in the past.   We are simply trying to put pieces of a gigantic puzzle together without a picture on the front of the box.  We can’t know.  We DON’T know.  And again, most of history was written by MEN, white men, white rich men.  Those men don’t write about the rapes, the murders, the terrible things that are done to normal everyday people, however.  Those things are left out.

I think we should stop teaching lies to every generation, as if we were telling them something that was real.  There’s nothing in the books about the manipulation the treachery and all the terrible things our own men and country did.  We aren’t supposed to know about that.  How we destroyed other countries, enslaved their women, for the use of our soldiers.

It’s happening today.  The lies continue.  History is distorted and stretched so that even if there’s a shred of truth on a page, one has to question it’s authenticity. WE DO NOT KNOW WHAT OUR GOVERNMENT IS DOING AT THIS VERY MOMENT.  The history that is being made right now is shrouded in darkness and WE THE PEOPLE don’t have a clue as to what’s going on.  That’s what history is…hidden agendas, lies, lies, and more lies.  It has always been that way.   People write history books without having all the information since we are never allowed to know what’s going on.  We are lied to constantly and that’s why history is a lie.  We are constantly lied to by the people who are running the show.  Again, rich white males in office and in charge.

The brutality,  hatred, cruelty, and LIES  of what our country does to us, as well as to others, is simply covered up, left out, erased.  History isn’t real.  History is FICTION.

I’m reading a couple of books right now that give an entirely different slant on what Paris was like in the 20s.  It’s written by a woman and it’s about women living in Paris, during that time.  It starts by saying that the history we know of that time, was written by men who were drunks and spent their time in brothels and chasing women who did not want to be caught.  The men, who were turned away by those women, tried to destroy their reputations and careers for spite.  Lying and doing what they could to punish them for not giving them what they wanted.   So, part of the history of that time period, was filled with lies, written by men who were turned away by women who refused them.

All I’m saying is that we teach something called history when it should be called Lies and other Fictional Stories.  Factual history would be made up of things like:  The first train ran on this date.  It took this long to get where it was going.   Anything else is pure fiction and should be taken with a ton of salt.

Men lie and men wrote history.  Jefferson didn’t talk about all his slaves and how he had them move through underground tunnels to SERVE him.  Someone else found out about that and the fact that his mother owned 144 slaves.  So, if another person didn’t give his POV and find out about the things that were LEFT OUT OF THE HISTORY BOOKS, no one would have ever known about those lies and omissions.

History is whatever the person writing about it says it is.  Now women are writing and history looks much different.  History is BIG and ENCOMPASSING and cannot be fit into one man’s opinion.

Women’s diaries and writings have given us a different view of our past.  A view that was intentionally left out.  Minorities and women have always been erased by white men.  That means that what we considered to be history was not only incredibly incomplete,  it was faulty and pretty much a lie by omission.

I realize that a lot of people reading this won’t like it.  But we are force fed what the guys in charge want us to know.  Everything else is hidden.  That’s what disinformation is for.  It’s to make the truth look like lies and the lies look like truth.  People who tell the truth have to flee or are killed.  One whistleblower said, to a group of people he was speaking in front of, that the government would kill him for what he was saying.  He was found dead, strangled.  It was called a suicide.  His wife said the government murdered him but no one is listening to her.  History is filled with lies and omissions.  It’s not really history it’s propaganda.

This entry was posted in History and tagged History. Bookmark the permalink.