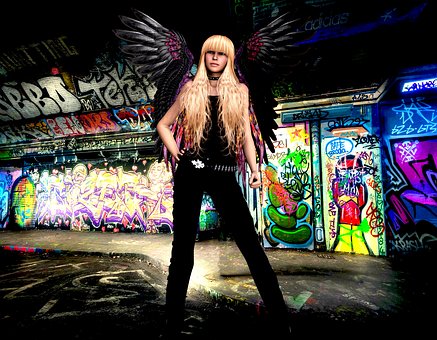 a person who habitually causes difficulty or problems, especially by inciting others to defy those in authority.

By this definition, as well as by what others have said, I am a troublemaker. You probably didn’t know that about me.

Obedience is not only valued in our society, it’s worshiped, highly rewarded and expected.  Obedience is drummed into us from the beginning.  Pounded into us, everywhere we go.  It’s constantly REWARDED.  Schools are there to MAKE SURE children OBEY.  Everything we are taught, or do, has obedience attached to it.

Whistleblowers are are troublemakers because they step outside of the OBEDIENCE CIRCLE and DEFY THOSE IN AUTHORITY.  They are punished, hunted, jailed, driven out of the country and even murdered, for telling the truth.  The people we are expected to obey, lie.   People, are supposed to protect those lies.  When some brave troublemaker steps forward and tells the truth, the punishment is swift and sometimes deadly.

People in power do not have to obey.  They MAKE the rules that others are expected and brainwashed/conditioned, TO obey.

A lot of people like life to be nice, quiet, peaceful and serene.  They go out of their way to avoid trouble, or making waves.  They do things they don’t want to do, just to keep things running smoothly.  Most of the people I know are like that.  Many of those people hate their lives.  Few of them get what they want, so they give up, but at least it’s quiet on the outside.  A lot of them are for or against things, but they refuse to speak out, or do anything about the things that are taking place around them.  Their choice.  Fear plays a large part in their decisions.

Anyway, the other day I was talking to a woman who worked in a high school library.  I said that I had worked with BD kids (behavior disordered, which means they won’t do what they’re told to do, unless it makes sense and they feel like doing it), and before I could say another word she said, loudly,  “I HATE THOSE KIDS.”

That is a normal reaction to BD kids.  That’s how people are conditioned to FEEL/REACT about kids who refuse to OBEY.  Her’s was an AUTOMATIC response, to her conditioning.  She didn’t even think about it for a second…the words came out as soon as I said, “BD kids”.  Happens every time.  Other teachers in the school I worked in, made faces and told me they hated the kids I worked with.   People aren’t SUPPOSED to like those who do not OBEY THE RULES THE POWERFUL HAVE MADE.  The woman who worked in the library didn’t know the kids, didn’t care, she HATED them.

How perfect is that…to have the masses control and hate those who do not obey?  It’s an automatic hatred, put into the minds of the masses by the powerful, who want everyone else, to manage those people who will not OBEY…FOR them.  It’s a perfect system…for the bad guys…to use against us.  And it’s invisible.

I told her I loved the BD kids and that they were clever, creative, brilliant and the only reason they were labeled was because they didn’t like to be told what to do.  I can relate to that. They were punished for THINKING FOR THEMSELVES, which is NOT ALLOWED.

People don’t realize what the world would be like without an alternative voice.  Without troublemakers who speak out against injustice, or those whistleblowers who tell the truth.  Instead of thanking them, most people hate them, without even understanding what good they do.  People don’t even see them as anything but something to despise, simply because they won’t OBEY and have been LABELED by those who want everyone to hate disobedient people.

By TEACHING people to HATE troublemakers, the people in power have found  the perfect way to stop people from LISTENING TO TROUBLE MAKERS OR WHISTLE BLOWERS.  They have stopped people from believing them.  That’s the point of the status quo…to lie and make people believe the lies are the truth. After that, people are expected to act on the false truths, as if they were true and real, while ignoring the actual facts/truth that’s coming from the troublemakers/whistleblowers.

Those BD kids will have a tougher time in life, because they won’t blindly OBEY.  They will be punished by everyone, except some brilliant person who sees what and who they are and takes a chance on hiring them.  Hopefully, they’ll start their own businesses, if they can find the money.  They’re tough, smart and so very, very, creative.

Every person is expected not to be a troublemaker, when THAT is exactly what we need more of, in the world right now.

It’s too bad so many people just want a straight line for a life.  No waves, no problems.  That’s going to kill all of us.  But at least we’ll go out without a fuss and all the people screaming for change and an end to the destruction of the earth will be buried in a mass grave with a sign above it saying, TROUBLEMAKERS.

The thing people DON’T seem to understand is that troublemakers are here for a reason.  Troublemakers can’t be different than they are, anymore than those who never make waves can different. What are the silent people called?  Patriots?  Governor, president?  Good people?  Nice people?  Those who look the other way people? Obedient people? I’m not sure.  It seems the negative labels are just for the troublemakers.  For those who QUESTION AUTHORITY.  For those who refuse to sit down and shut up.

I think the definition for this word is perfect.   I love it and want a t-shirt that says TROUBLEMAKER, with the definition underneath it.  I loved the kids everyone else hates.  If I still had them, I’d get all of them t-shirts and tell them to be proud of who they were, because troublemakers scare the hell out of the people in power and that’s something to be proud of.  If the establishment  wasn’t afraid, they wouldn’t punish those who did not obey.  If they weren’t afraid, whistle blowers wouldn’t be hunted and punished, they’d be celebrated and rewarded.  But the powerful have money invested in the issues the whistleblowers are exposing and that means trouble for them.   The people in charge can’t let people speak out and tell the truth, so they brainwash tiny children to grow into adults who are unable to think for themselves, and make it look as if that’s a normal, and natural way to be.  They set the police on the people who fight back. They promote the obedient.

There are troublemakers who have no political agenda and just like to start trouble and bother people.  This is DEFINITELY NOT about them.  That’s a whole different issue.

I was born a troublemaker…if she could, my mother would tell you that that was the absolute truth and that she had nothing to do with the way I turned out.  She would say that she was not responsible.  She would say that she did her best with what she had to work with.  That’s what she’d say, once she finished shaking her head and sighing.  She was a straight line person and she ended up with me.  You can only imagine how difficult that was for her.  Neither one of us could have been any different.  She couldn’t understand why I couldn’t stop and I couldn’t understand how she couldn’t start.   That’s how it was.   She did try…she just never had a chance.

If your kids, grandchildren, or students,  are the good kind of troublemaker…see them in a positive way.  We need those kids for the future…if there is one.

This entry was posted in Life and tagged Life, Troublemakers. Bookmark the permalink.