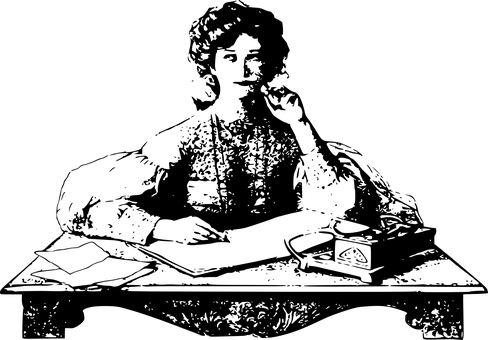 It’s possible that being passive and nice, are the worst possible things a person could be, since those things allow war and hatred to continue.  What if we could be nice, but know when we needed to be fierce and fight back, as well?  JUST being nice might be the PROBLEM.  We don’t know what’s important and what’s not.

What we read, print, say, put on signs, should make some kind of SENSE.  But none of that stuff makes any sense at all BECAUSE WE DON’T KNOW WHAT’S IMPORTANT TO BEGIN WITH.  Maybe the only thing that’s important is to not make anything important.  Like Zen.  If you’re doing Zen, then you’re NOT doing Zen.  Who cares about that either?  Someone made that up too.

If someone likes real things, not the INVISIBLE things, does that make him/her a bad person?  It is my opinion, it DOES NOT.  Is that person missing something in his life.  Not anymore than anyone else, even if the others are counting the invisible things.

It seems to me that no one has to be grateful, smile, love the things that aren’t things, or anything else. That’s what FREEDOM is all about. People can choose what they want to believe (I know that’s reaching and a bit unrealistic).  All those nice sayings can be traps to get people to act a certain way.  A  way, that is NON-THREATENING TO THE STATUS QUO.  Those sayings are telling people to be good kids and not make ANY TROUBLE.

Instead of saying things that are inclusive, saying, “I FEEL THIS WAY,”  changes everything.  Instead of saying, THE MOST IMPORTANT THINGS IN LIFE ARE____________, saying,  TO ME, THE MOST IMPORTANT THINGS IN LIFE ARE____________, makes a huge difference. That simple change, means that the person is saying what’s important to him, or her, personally.  I can understand that.  I’m interested in that. I’m being invited to get to know the other person.  An interesting conversation can come from that.

I think all the sayings and signs and verbiage is just one more way to control the masses.  Be good, smile, turn the other whatever, an eye for an eye, be grateful, and on and on they go.   But not a single saying, tells anyone how to save the earth, stop the fighting, hatred, or DO ONE SINGLE THING, that actually CHANGES ANYTHING on a grand scale.  Being nice, is just being nice.  Being nice,  can be nice for a lot of people and definitely makes life more pleasant, but climate change won’t be stopped because someone’s nice, or grateful for invisible things, nor will anything else that’s eating us alive.

HELL NO WE WON’T GO…was a sign that really meant something, as far as I’m concerned.  It was personal and sent a REAL message, followed by action that made a DIFFERENCE.  But maybe people who believe in “nice” signs, and are grateful for things unseen, feel that way about their signs.  HELL NO + massive actions, brought the guys home from Viet Nam.  I haven’t see the nice, or invisible things do anything like that, but I might not be looking in the right places.

All of the above is my PERSONAL perspective and may be completely meaningless to everyone else.  That’s just the way life is.

My question:  What if we all stopped pretending that we know and understand what’s going on?  What if we stop kidding ourselves and stopped believing that what we make up, is real?  Do you think, if we did those things…we’d actually wake up?  Mmmm, maybe we’d get chaos instead.  We’ll never know, because people just keep believing what they believe, no matter what’s going on around them.   Just like people who will still go to church even after the Bishop said seven year old kids were responsible for their own rape.   I don’t know what it takes to make people see things in a different way.  If thousands upon thousands of raped kids across the globe won’t do it, what will?

Personally, I think we’re committing suicide.  I’m okay with that.  Once we’re gone, the earth can heal and the animals can finally have some peace.  Maybe those who think that the little things are important will end up being one with them.  Maybe I’ll end up in a place where the Terminator lives, who knows.  Maybe we’ll all end up in nothing at all.  I’m okay with that.  Personally, if I find out this is some kind of sick video game, I’m going after the designer.