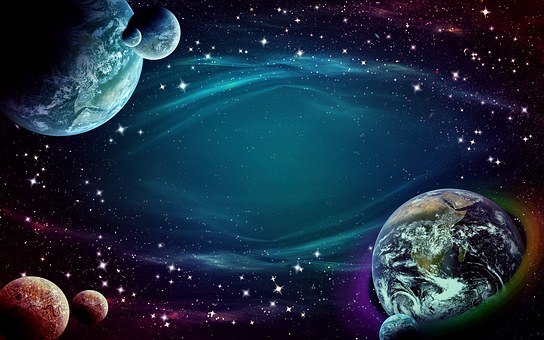 I have always loved the planets and outer space.  I just watched three PBS programs on planets, and I’m so happy.  There is new info from all of our probes and everything is so exciting.

Basically, we will eventually have to move, or be fried.  But don’t start packing, there’s a few billion years until it gets the sun gets that big, although by the time it’s on it’s way to munching on Mercury, it’s going to be really hot on earth.  Huge star, looking for a snack.  What a fabulous thing.  Aging star eats Mercury for breakfast.  Actually, the Sun won’t even register the end of Mercury or Venus, I mean why would it?  It’s so tiny, compared to the massive sun, it won’t notice.  Earth, next in line, after Venus goes, will be uninhabitable, as they say.  I think that’s an understatement of epic proportion, but hey, that’s the word they used.   No life at all.  No water, not a single thing to let anyone know we ever existed.  We will be erased, leaving NOTHING behind, which is fitting, since we just can’t seem to catch on to the fact that we really don’t matter.

So, Mars, was our twin.  It was just ended up getting hit and having it’s atmosphere and outer crust stripped away, which made it even smaller.   But it was pushed farther away from the sun.  Too small to hold onto it’s magnetic field, all of it’s water was sucked into space and the planet died.  We, of the inner rock planets, are the only ones to have held onto our water, which we are now destroying all by ourselves.  Because we are idiots and there is a supreme idiot running the show in washington.

Anyway, the planets moved.  They were not all neat and tidy like they are now. They think Jupiter moved into position later, after we were all setting up house.  Jupiter, the big dog on the block, can have it’s way with anyone.  It’s huge and doesn’t really care about anyone else.  Which makes me think humans must have taught it something, somewhere along the way.  But the sun is always in charge.

Here’s the thing…all planets end…everything ends.  All planets change, just like the stars.  They AGE and with age comes change and death.  It just takes awhile, unless something hits us and then it’s over right away.

Moving on, they think there’s a moon, and I can’t remember which one, that may be be able to sustain life.   Of course, that’s only after the sun gets closer to it and warms it up, so that it’s not a solid rock of ice.

Look, I know we have a long time to work on this stuff but seriously, unless we can travel a LOT faster through space, how many generations will it take to get to these places.  Maybe in a million years, we’ll be able to disapparate to anywhere we like, but right now…mmm…they need to work faster.  Getting a hundred people off earth isn’t going to cut it.

The gas giants are currently living hells, but incredibly interesting.  There’s no chance for us to be able to live on one of them.  Liquid lakes of Mercury…yeah, I don’t think so.  And storms, not to mention the temperatures. Eight hundred degrees F. Or three hundred degrees below.  A bit uncomfortable.  BUT, when the sun does her thing, who knows what they will turn into, right?  They will warm up.  Greenhouse gases may dissipate.

It’s all about the star.  Our sun is in charge of everything and she’s getting older.  It’s all those nuclear reactions she goes through every second of every day.  Sigh.  She never gets a break.

There is no way to avoid what’s coming.  Stars die.  Ours will.  So will earth.  When Mercury and Venus are digested, our planet will look as it did in the beginning…molten…unless it’s eaten, then it won’t look like anything at all.

The scientists said we seem to be under the false impression that things are stable.  They are not.  We’re just in a nice cozy period.  Anything can happen, stuff moves around.  If Mars didn’t get caught in it’s weird oval trip around the sun, it would have been flung into space, like other things have been ejected, who knows where.  Look, we can’t be sure of anything.  The desert moves, climates change.  Planets die, move around, and hit each other planets, moons and really big rocks, comets and whatever else they can find to hit..  Galaxies MERGE, and it’s all super VIOLENT when they do those things.  The Universe is a VIOLENT place.  It explodes, grows, shrinks and kills things, while new stars/suns are born and the cycle begins again.  Black holes are born from the death of HUGE dying suns/stars. I love it.  Recycling at it’s best.

Suppose nothing hits or eats us, (it will, but just suppose).  The end will come and all the suns/stars will go black and there will be NO LIGHT AT ALL and a bunch of rocks hanging in space.  No life, no light, no ANYTHING AT ALL.  A frozen wasteland.  Nothing will be alive and NO LIGHT ANYWHERE.  Colder than we can imagine.  PITCH BLACK.  Hard to imagine how BLACK that time would be.

It’s so exciting and amazing and yet, we still keep killing each other, instead of enjoying the time we have left.  Hate, inequality, racism, war, poverty…all the disgusting things we choose to live with, when we only have a certain amount of time to be here. Nothing of us will be left on earth.  Nothing. A fitting end to a species that loved violence, death, power and money.  Sad, but true, nonetheless.  I wish we liked gardens, animals and each other instead, but no one cares about what I wish.  People eat living beings who suffer because of that, every single day.  The don’t care.  They never think about the fear, terror, pain and misery animals go through so people can eat them.  We do horrible things to everything that lives.  I think it’s great that we won’t leave anything behind.  Hopefully, we won’t get off this planet, so we can start killing somewhere else.  I think we’ve destroyed enough.

Maybe some other species will come into being, somewhere else.  A species who is kind and thoughtful and not into killing everything…or not.  It would probably be better if nothing existed but the stars and planets themselves.  I’d definitely go with that.  Or ducks.  Maybe ducks. Lots and lots of ducks.

This entry was posted in Astronomy and tagged Astronomy, Life, Planets. Bookmark the permalink.