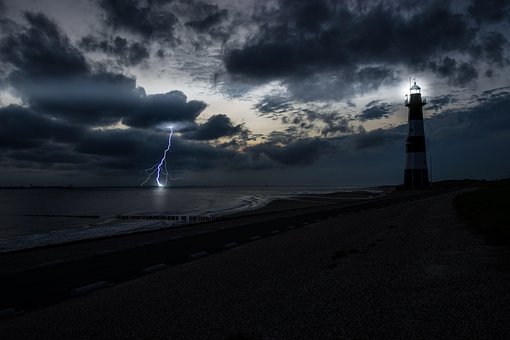 So, I’ve been thinking.  Nature doesn’t need anything to exist.  It doesn’t need libraries, books, plates, cups, cars, boats, shoes, clothing, or  ANYTHING AT ALL.  If it stops raining, it just turns into something else.  We do too, if we don’t get what we need, but what we turn into is usually dead.

We need statues, art, music, forks, shovels, glasses, eye and drinking, coffee, chairs, electric toothbrushes, fans, heaters, socks, beds, sheets, tables, guns, electronics, stores and a gazillion other things to keep going.  Okay, many not all of those things, but you know what I mean.  Sinks and indoor pluming are a bare minimum, at least for most of us for most of us, as well as LIGHTS, which take electricity or batteries or oil.  Nature doesn’t need those things either.

Nature is good at surviving on its own.  I think we would like to believe that we are as well, but I think, for must of us, that would be a lie.  We need huge support systems to survive.  We need antibiotics, doctors, surgery, dentists, ophthalmologists and a crew of others, for pretty much everything, or we would DIE.  Without contact lenses, or glasses, half of wouldn’t be able to see.  We get cold, hot, sick and broken.  We constantly need things to make it through our lives.   Look at all the products there are just to keep us going.  Not to mention the illegal drugs that a huge portion of the population seems to want.

I don’t think many of us could farm, or ‘live off the land’.  At least not those of us from the city.  Our experience usually does not include living on berries or leaves.  We wouldn’t know one mushroom from another, if it wasn’t wrapped in plastic or laid out in a bin and properly labeled.

We might think we’re tough and resilient, but we have a lot of help that makes us feel that way.  Our instincts are in a coma, overwhelmed by daily life and lack of use.  I don’t carry cheesecloth with me or wear nylons, so if I did find water, or it rained, and I was stranded, I wouldn’t be able to filter the water, in order to drink it, and that’s the only thing I know how to do, since I read it somewhere.  I would be very, very, bad at surviving in the wild.

Seems as if monkeys would be okay.  Gorillas too.  I mean animals can survive, if we don’t destroy their habitats, that is.  Even the wee creatures who dug underground, survived, when all the dinosaurs bit the dust.  We still see them running around, bigger, because no one ate them, but they made it.  None of us would have.  We’d be looking at the fire ball and pointing at the sky, until it was too late.

I have absolutely no desire to survive in the wilderness.  I know we’re all part of Nature but I’m too tired to even think about mucking around through whatever would be left. The new generation of kids would be going insane without their phones, facebook, and their games.  Who would they bully and try to kill, if they didn’t have their phones?  How boring would their lives be?  No selfies.  If they couldn’t look at themselves every two minutes they would have to look at other things and how frightening would that be?

The point is:  we need the Nature  in order to survive…it does NOT need us.  Therefore, it seems only logical, TO TAKE GOOD CARE OF IT…instead of destroying it.  Don’t you agree?