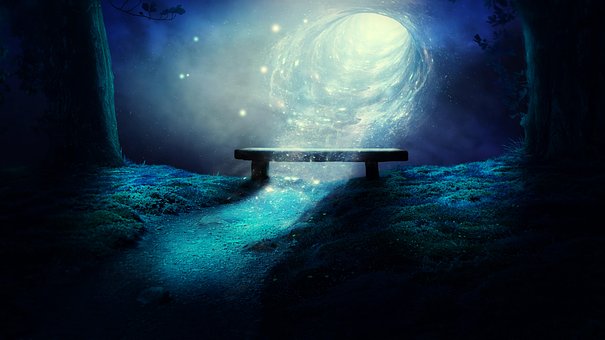 She grew up, playing in the forest.  She knew all the animals, and often slept surrounded by rabbits, squirrels, and birds.  The forest was beautiful during the sunny days of spring and summer.  Cooler during blustery fall.  When cold winter stopped by, she curled up in tree trunks and pressed against larger animals to stay warm, sleeping on and off, until the days grew longer and warmer.  She trilled with birds and nukked, nukked to stags.  She was happy.  The stream was cold and clean, the berries abundant.  She ate what the animals did, only getting sick, every now and then.

She danced and climbed trees, until she grew much older and stayed longer on the ground, until she rarely slept in the branches, any longer.  She tended the wounded, and buried the dead.  She was one with nature.  She never saw another animal who looked the way she did.  She saw herself once, in a still pool of water.  She wasn’t as beautiful, or as fast, as the others, but they accepted her for who and what she was, nudging her, caring for her, protecting her.

Eventually, she reached the age of those who were finished with life.  She knew her days were almost over.  She said goodbye to those she loved and went to the place where the stars lived close to the earth.  She sat there, surrounded by her friends and when the light grew brighter, she reached toward it…and was gone.

The animals stayed, for awhile, knowing she would not return.  They had loved her as their own and knew their lives would not be the same without her touch or sound.  Slowly, they moved away from the exit, where they had said farewell, to so many others.  They knew that one day it would be their turn, to walk among the stars.

And they were not afraid.