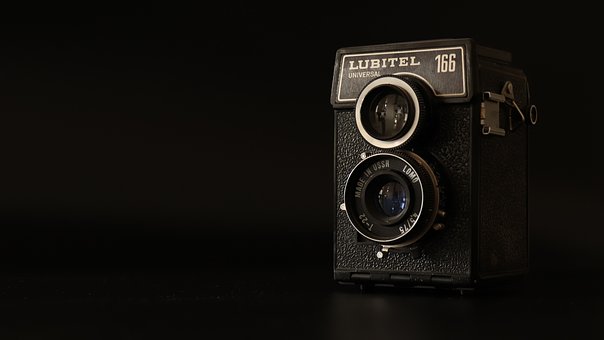 This camera was found in an alley, by Jordon T. Langley, a forty-five year old, accountant, who always wanted to be a photographer.   Langley was…mmmm, a little bit different than most other people who took pictures for fun, or profit.  Years ago, he read an article about people who refused to be photographed because they believed that if they were, the camera would steal their souls.  Mr. Langley didn’t believe in souls, but he was interested in the fact that other people not only believed they had them, they also believed their souls could be taken from them by a box with a lens.

Having no interest in souls, whatsoever, he wondered what else a camera could do, besides taking pictures and stealing things.  He decided to find out.  The next day he handed in his resignation, then went directly to his cubicle.  Having no personal items in his small, square, allotted space, he needed only one very small box to hold the things he took from his desk.  Truthfully, a lunch bag would have done the trick.  Once that task was accomplished, he walked out of the building, a free man.

Mr. Langley had always been single, and there was absolutely no doubt in anyone’s mind that he always would be.  A dull and boring man, he stayed in the background, unnoticed by others, unless they tripped over him, completely forgetting that he was there.  He didn’t mind.  He had gone unnoticed from the beginning.  His family always misplaced him and when he was in school, his teacher constantly marked absent, because she didn’t realize he was sitting in his seat.  And so it went.  No energy flowed from him to others.  If he tried talking to people, they would forget that he was standing in front of them and merely wander off.  He didn’t take it personally, he knew it wasn’t their fault.  He simply didn’t have enough presence to be acknowledged.

But now…Jordon T. Langley had a quest.   Once home, he took the items out of the small box, undid the flaps, folded the box neatly and placed it the recycling bin.  Then he put his eraser, pens and pencils in the table drawer.   He put his calendar on the stand next to his bed, then made his way into the kitchen, where he sat down in front of the camera to make a list of questions to which he would like answers.

He read through the questions a number of times, adding and subtracting as he went,  until he finally settled on nine of the answers he most wanted to know. He did not want to travel to far away places, because people might leave him behind, and he could barely take care of himself as it was, so he put that question on the back burner, until the time might come when it was necessary to go somewhere.

He made a pot of coffee, lit a cigarette, and began to examine the camera.  It looked perfectly normal.  He spoke to it, telling it what he was planning to do.  The camera thought it was a great idea.  Then Mr. Langley realized that the camera thought it was a great idea and that, as far as he knew, cameras were not supposed to have an opinion about anything…ever.  He got up and went to the cupboard for a bottle of scotch.  He poured a bit into his coffee and stirred it with a spoon,…while the camera stared at him.

11 Responses to Mr. Langley…part one