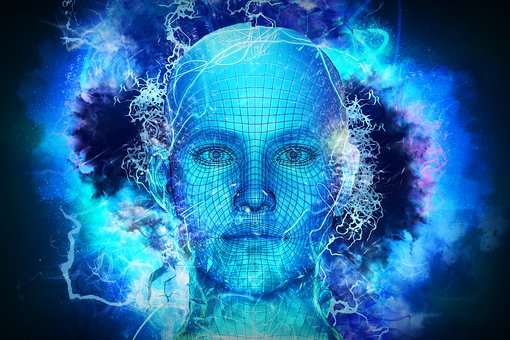 “You don’t look like anyone I’ve ever met before,” he said, staring at the electrical current flickering around her body.  “I mean you look like a hologram and Einstein’s grid.”

“If you can see that, you’re more awake than most people. Just give me a minute.”

She laughed.  “You look exactly like this…you just don’t know it.”

“I don’t look like that.  What you are?  You just popped into being on the sidewalk?  What is THAT all about.”

“Good one,” she said, the sparks disappearing, her color returning.”

“Why not?” she asked, shaking out her hair.

“Because I SAW what you really look like,” he said, waving his hands in front of him.

“I live close by.  Would you like to come over and talk about what you think you saw?”

“Sorry, but that’s all a bit too dramatic for me.  No killing will be taking place.”

“I think you’re a little too far out for me,” he said.

“You do know that you’re made of energy, right?” she asked.

“Yes.  I know that.  But my energy doesn’t change what I see in the mirror every morning.”

“How about at night?”

“So you don’t know what you look like when you leave your body and astral travel, or dream.”

“I always look the same as I do at this moment,” he said, in a voice that did not invite contradiction.

“Because I do,” he said emphatically, not realizing they had already walked a few blocks.

“What are you, five years old?”

“You believe it because you do?  No proof?  You just believe it and that’s it?”

“Pretty much,” he said sheepishly.

“When we travel through space and return we all look the way I did.”

“What do you think you do when you’re asleep?”

“Sometimes I turn over.”

“It’s not that funny,” he said, smiling a little.

She wiped the tears from her cheeks and said, “You know the net-like grid that explains how space bends?  They show it to kids everywhere.  A grid with an orb on it, making the grid under the sphere dip?”

“Well, that grid covers everything.  Even us,” she said, unlocking the front door.

“Are you a scientist?” he asked, looking around her amazingly warm and comfortable looking home.

“You think too small.  The world really isn’t as black and white as most people believe it to be.”

“What’s your name, or do you simply have a number?”

“Where do you go when you leave here?”

“Depends on where I’m sent or needed.”

“I design parks and things.”

“That must be fun,” she said brightly.

“I kind of picked him up on one of my trips.  I’m not really allowed to do that, so don’t tell anyone.  And his other half is called ztuiwk.”

“Your secret is safe with me.  I’d rather not have people think I’m insane. What’s a ztuiwk?”

“Funny.  Do you mind if I  put on some music?” he asked, looking at her wall of speakers.

“Sounds good.  Any toppings are fine with me,”  he said, pulling a 78 out of it’s sleeve. “As long as they aren’t dead animals.  I’m a vegetarian.”

“It will be here in forty-five minutes.”

“If I touch you I won’t get an electric shock, will I?”

“Not the kind you’re thinking of,” she said.

“Do I really look the way you did, when I dream?”

“When you leave your body, yes, you do.”

The half dog started singing.

“You’re more interesting than the other women I’ve met.”

She started laughing again.  “You mean other women don’t remind you of Tesla?”

“I always thought life was bigger than what we’ve been led to believe,” he said, pulling her close, starting to dance  “Are you going with someone from another planet or anything?”

She burst into laughter again. “You are incredibly funny.  You know that, don’t you?”

“You’re incredibly beautiful, so maybe we should keep dancing,” he whispered.

This entry was posted in Short Stories and tagged A long short story, How they met. Bookmark the permalink.

2 Responses to How they met…