I’m reading this excellent book and… 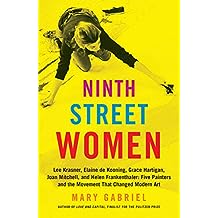 During the depression, when people were out of work and had lost everything, the government paid artists to create.  That was a wonderful thing, but here’s the REAL kicker…those who had nothing, no jobs, or goods, had time to recognize their OWN creativity. They began to write, draw, paint and do EVERYTHING that had been in them ALL ALONG, but was crushed by the way our society has been set up to kill creativity.  The Depression was actually an American Renaissance.

See, that’s the thing…the way we live makes us miserable and kills/steals, the very best of what we are and can be.  Our culture rewards obedience and punishes thinking outside the box and creative expression.  THAT is WHY people have to work until they pretty much die, and never have time to discover all they could have been.  It was an amazing and creative time for everyone.

We don’t need to fix our culture.  We need to reinvent it.

6 Responses to I’m reading this excellent book and…