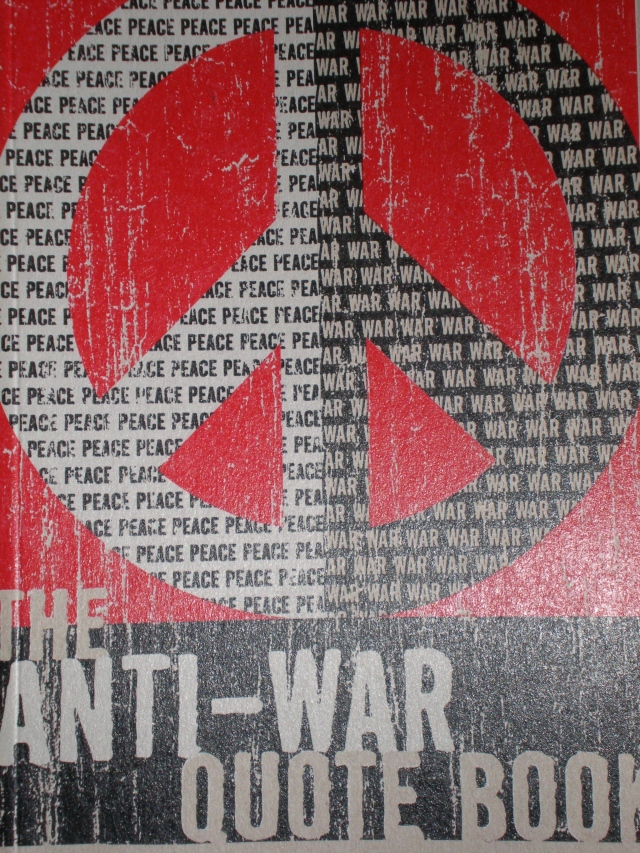 This is an excellent little book.

“Almost all propaganda is designed to create fear. Heads of governments and their officials know that a frightened people is easier to govern, will forfeit rights it would otherwise defend, is less likely to demand a better life, and will agree to millions and millions being spent on “Defense.” John Boynton Priestly (1894-1984), English writer Think TWIN-TOWERS

“They have always taught and trained you to believe it to be your patriotic duty to go to war and to have yourselves slaughtered at their command. But in all the history of the world, you, the people, have never had a voice in declaring war, and strange as it certainly appears, no war by any nation in any age has ever been declared by the people.” Eugene Victor Debs (1885-1926), American…

This entry was posted in Books, Philosophy of life and other good stuff, Thoughts. Bookmark the permalink.